Finding your self-belief as an Entrepreneur, by everywoman of the Year Award winner and Dragon’s Den dealmaker, Rachel Watkyn 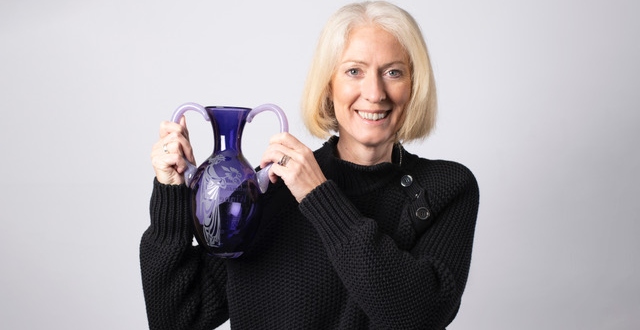 Winner of the 2020 everywoman of the Year Award, Rachel Watkyn, Founder of Tiny Box, is a true example of triumph over adversity. Having spent her early years in care, she has faced various hurdles — from long-term unexplained illness, during which she hit rock bottom, physically and mentally, to Covid-19. For her, belief in herself and in what she was ‘meant to do’ is key to her resilience. Here, she shares the role it has played in her journey so far…

I set up what was really one of the earliest ‘fair trade’ companies, selling jewellery in 1998 while I was out working in Sierra Leone during the military coup. I needed something to package the products in and at the time you couldn’t buy off-the-shelf boxes unless they were Chinese plastic ones, which weren’t appropriate. When I spoke to some packaging companies in the UK about it, they said that no one wanted cardboard boxes or anything ethical or environmentally friendly, so I thought, ‘Okay, I’ll do it myself’. I came home to the UK in 2000, and started to work on my business plan for this when unexpectedly I got very sick following a routine appendix operation — and everything got put on hold for a few years.

If you lose hope you’ve lost everything; if you can maintain belief that you can change or make things better then you’ve got something. No one could tell what was wrong with me at the time, and it’s hard to hold belief in the future when you’re just lying in bed every day. I joined Kings College Hospital’s undiagnosed illnesses programme, which focuses on trying to build up your strength, mentally and physically and I ended up living back with my parents, My mum suggested I focus on something other than how I felt, so I organised a charity auction, which ended up kick-starting my life again.

I wanted to make a difference and to make my life count, because when you’ve hit rock bottom you need to believe you’re here for a reason. By 2006, I was building and drafting an early business plan again, so I left the clothes shop I was working in part-time and using some savings I started up in a bedroom at my parents with an online shop and a catalogue. I met my then-business partner, a well-known radio DJ, randomly when I was out in a local town one day looking for inspiration for jewellery boxes. We got chatting — he was out shopping for a box, of all things – and he told me he was looking for a career change and asked if he could come and work with me. So we got a little office, bought some stock and started trading in November 2007. However, my partner soon realised he actually wasn’t keen on not having a media profile, so he applied to Dragons Den. He didn’t tell me though, so when the BBC phoned and asked what I wanted the money for, I hadn’t a clue — he just shouted ‘blag it!’ across the office.

I thought that if we all we got was a few minutes of marketing on national TV that would be brilliant. Even though we had been trading quite well for six months by the time filming came around, we had no patentable product and no real knowledge of packaging. We didn’t get good feedback from the Dragons — in fact we were told it wasn’t a business, no one cared about ethical packaging or recycled packaging; even Deborah Meaden called it ‘niche’. But Peter Jones and Theo Paphitis unexpectedly agreed to invest, and they ended up with 40 per cent of the business.

I definitely had imposter syndrome. I’d done a degree in business studies and joined the John Lewis graduate training scheme after that, but I still didn’t have the belief that I knew what I was doing enough to be able run my own business. I thought if I had two Dragon mentors that would be the thing that would make the business fly. I’d also had knockbacks on the way such as meeting with a government-funded business incubator where I was told my business plan didn’t have a USP. I asked one of the experts what I needed to do to change that, and he just laughed and said, ‘Well if I knew that I’d be in business, not advising you!’ So I’d had a lot of negative feedback — especially from men.

I still believed I was supposed to set this company up and that was what drove me. My research had told me that even Deborah Meaden was wrong, and I knew inside that it would work and it would become mainstream; I was just too early. The weird thing is that five years into running the business I was chatting with my dad and he said, ‘You know your great grandmother set up a packaging business in London in the early 1900s?’ I had no idea! Women weren’t allowed to run businesses back then, so her husband had fronted it, but it was her own enterprise. I think I must have inherited something from her there.

The aftermath of Dragon’s Den was like going down a black ski run as a novice! Our episode came out in September 2008 and it just blew us up — and I wasn’t ready for it. I couldn’t even go in the local town without people cornering me saying, ‘Oh, you’re the box lady’. The phone was off the hook. I just had to muddle through as best I could and we didn’t have enough stock because we didn’t realise we would sell so much. I recruited rapidly and started working 20-hour-days … and in truth, it hasn’t settled down yet! We’ve 85 staff now, and the growth since I started the company has been about 46 per cent year-on-year, every year, on average.

If you just sit and crumble when adversity hits you, then what’s the point in being here? In March, with the first lockdown announcement, business dropped off a cliff. I started to panic, but as a business leader you have responsibilities so it was time for crisis management. We looked at the numbers and thought we could keep going for a while, then found out that purchasing hadn’t been liaising with finance as much as they should have and had spent an additional £250k that wasn’t in the cash forecast. I had a meltdown — and once I’d recovered, I realised that our target market was actually the cottage industry, and with craft fairs, village halls and boutique shops closed, makers had no market either. Distribution was our strength, so we set up Tiny Marketplace online to distribute their products from our Covid-compliant warehouse, which helped our customers and our business. We had also missed the fact that we supplied a lot of medical and food companies, and actually ended up selling tens of thousands of boxes for medical testing kits. So, from May onwards we were up about 50 per cent for the rest of the year.

You’ve got to believe in what you say. In my everywoman award interview, which was held on a video conference, I was sure my responses were too unconventional to win, but I had to say what I felt, not what I thought was expected of me. I was convinced their faces were telling me that I wasn’t giving them the answers they were expecting. When our PR Lucie phoned me to ask how the online judging had gone for the everywoman awards I told her I didn’t think it had gone very well. When she told me I‘d been shortlisted, I was stunned. My abiding feeling was one of guilt, actually, though, as it was the first time I had talked publicly about the abuse my siblings and I had experienced as children, and how it had motivated me in my life.

An award won’t give you belief in yourself or your company, if you don’t already have it…but it can help other people to find their own belief. I would recommend anyone to put themselves forward for the everywoman Awards because it gives you credibility, and with credibility you then have a wider platform on which to amplify your voice, tell your story and help others. On the judging day, the everywoman judges asked me what the award would mean to me. I told them that winning would help me to be able to help other people by giving them hope. I was so inspired as a result of talking to the judges too, that two weeks later we set up Tiny Clinic, to offer free mentoring and support every Thursday for businesses that are struggling right now.

Feeling inspired?
Are you or someone you know ready to join our illustrious line up of winners? If your business has done something special, works in a unique way or has displayed great growth, then we want to hear from you.

Remember, it's free to enter, so check this year's categories and CLICK HERE start your nomination today!