Five ways to leverage imposter syndrome to your business' advantage 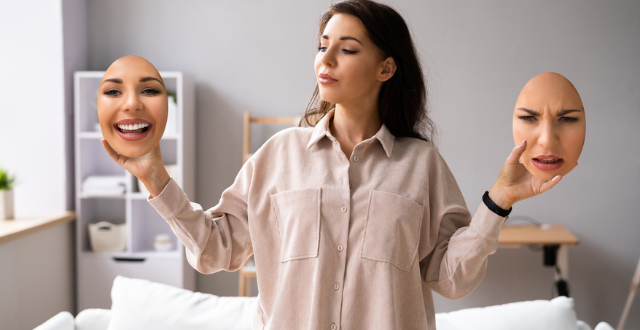 Feeling like a fraud? Think you don’t deserve the success you’re having with your business? Then you may have fallen prey to Imposter Syndrome, a phenomenon first described by psychologist Dr Pauline Clance in her 1978 founding study. She put forward the idea that many women undermine themselves by feeling that their achievements are unwarranted or a ‘fluke’ and worry they will be ‘found out’. This psychological confidence trap has been a hot topic ever since in discussions around the unequal gender balance in professional and entrepreneurial fields — with many high-profile women admitting to having ‘imposter’ feelings, including Michelle Obama and Maya Angelou, as well as entrepreneurs such as Sheryl Sandberg.

According to the International Journal of Behavioral Science, more than 70% of people are affected by imposter thoughts around work at some point in their lives. A recent landmark study into imposter syndrome by expert Clare Josa polled 1,500 entrepreneurs, with preliminary findings that showed 56% of participants suffered from it ‘regularly’ or ‘daily’. Recent research by NatWest in partnership with YouGov also showed that 60% of women who have considered starting their own business, haven’t done so due to imposter syndrome. Low confidence around applying for funding was found to be a huge barrier for some entrepreneurs with 44% saying they had been held back from applying for grants primarily by imposter syndrome.

But some psychologists now insist that Imposter Syndrome isn’t ‘always good’ or ‘always bad’, and that it’s a far more complex phenomenon than it’s made out to be. Basima Tewfik, assistant professor of Work and Organisation Studies at the Massachusetts Institute of Technology has studied the phenomena for years and says that the behaviours that ‘imposters’ exhibit as a result of trying to compensate for feelings of inadequacy can actually make them perform better. Author and former UK Chairman of Interbrand Rita Clifton agrees; in her new book Love Your Imposter she explores the role that imposter syndrome has played in her ongoing success. In the everywoman book club podcast, she points out, ‘Sometimes imposter syndrome is for those who are trying to do more or be more and that’s why I am saying try to embrace it in a positive way because that can reframe your experience and make it more helpful and useful to you’

So, should we make friends with our inner confidence saboteur instead of worrying? And could it be that feeling inadequate is not the only outcome of this phenomenon? We look at five surprising ways in which your imposter syndrome could actually be working in your favour as an entrepreneur.

In her research, Tewfik found that having ‘imposter’ thoughts improved interpersonal performance at work. She surmised that when people feel their competence levels are lower than others' it can spur them to ‘prove’ themselves and engender more emotional intelligence in the way that they deal with people through enhanced cooperation, encouragement and collaboration. For example, while studying the phenomenon in late-stage medical students, she found that ‘imposter students’ were more empathetic, better listeners and asked better questions. And as arrogance and overconfidence are often inversely related to leadership talent and the ability to build and maintain high-performing teams, according to psychologist Tomas Chamorro-Premuzic — what you experience as a lack of confidence may well foster the kind of open, ego-less glue that brings people together to perform better in the intense crucible of a start-up or small business.

Imposters are usually perfectionists and the issue of feeling like a ‘fraud’ is often created around the gap in how individuals perceive their own competence compared to how competent they actually are. We often falsely equate confidence, typically the kind exhibited by white, male leaders, with competence and leadership, but research shows the two are often not intrinsically aligned. For Scott Galloway, entrepreneur and professor of marketing at New York University stepping past the negative emotion component and leaning further into the imposter feelings can give you a power boost and keep you sharp. He insists that focusing on the perceived competence gap between you and your peers − and putting your energy towards closing it – and having a strong conviction in your capability to learn is key to giving you the competitive edge you’re looking for. Tewfik’s research shows no significant difference in competence between those with imposter thoughts and those who don’t, and in understanding and using that as a metric you can begin to understand the signals of anxiety differently. As Galloway notes on the Pivot podcast, ‘In those moments where you feel like an imposter… you realise ‘I have something to prove’, so you’re not complacent.’

One of the biggest results of imposter syndrome, according to new thinking, is the powerful motivation it can give you to perform. Feeling that you don’t know enough and leaning into that discomfort, can provide rocket fuel to plug gaps in your knowledge, work even harder and build your skills. ‘I recognised that I had this drive. It [imposter syndrome] actually made me stretch myself, improve myself, practice harder and try harder,’ notes Clifton. Performance coach Teague Simoncic also highlights the role of this confidence gap at crucial points in the start-up journey. ‘Imposter syndrome can often lay dormant until it’s time for a big transition or intimidating goal,’ she says, and using these feelings as a barometer for progress rather than a barrier can be a useful tool. The louder the feelings, the further away you are from your comfort zone, which often also indicates how important the next stage is to you. In imposter syndrome, thoughts designed to return you to a ‘safe harbour’ can therefore be seen as a positive signal that you’re being ambitious and reaching forward enough. Reframing your psychology to equate feeling uncomfortable and fraudulent with important and valuable next steps can allow your feelings to act as a compass to what is truly necessary or valued as part of your business strategy. As founder Silk and Sonder founder, Meha Agrawal says, ‘I view imposter syndrome as a true sign that I’m operating outside of my comfort zone, where all the ‘magic’ tends to happen. If I'm questioning my ability, that means I'm on the verge of something exciting on the other end of that discomfort.’

Anxiety over underperformance can lead to a habit of over-preparing, which, while time-consuming, is not of itself problematic unless it gets in the way of other vital business-critical tasks. In some situations, a tendency to overestimate what is needed and prepare accordingly can also give female entrepreneurs the edge, allowing them to see further along the line, anticipate opportunities as well as problems and offer more value through clearer information in negotiations or discussions. A desire to mitigate feelings of inadequacy and lack can also be useful in helping you to identify worst-case scenarios, preparing for the worst as well as the best and making solid contingency plans. The ‘imposter’ voice in your head might tell you why something won’t work and that you don’t know enough, but this risk assessment may prove key to identifying possible barriers to your success rather than merely acting as a barrier. Disengaging from the emotional component and using your imposter syndrome ‘negativity’ as a bloodhound to potential problems can mean you’re able to roll with the inevitable ups and downs of setting up and running your own business with more ease than other less prepared founders coasting on blithe confidence.

Being a team player

Insecurity around your ability to perform often naturally leads to a need to look for help and support, allowing you to hone a skill in building networks and identifying talent that is essential to any entrepreneur. It may even help you delegate tasks to ‘more capable’ people; something many entrepreneurs don’t do enough of, especially in the intense start-up years. A study by Columbia Business School showed that women are less likely to delegate across the board, often due to guilt — and in doing so they less time for the strategy and ‘big picture work’ that is so essential to entrepreneurship. So use your insecurity as a prompt to improve this skillset instead. As Pippa Murray, founder of Pip + Nut, a panelist on NatWest’s recent #OwnYourImposter panel noted: ‘My advice to any woman experiencing imposter syndrome is to take a step back and take the time to work out what you do best in your business. For me, I have a unique set of skills in building the brand for a business, but I know I need to rely on other people to support with some of the other aspects of it. Realising that asking for help isn’t a sign of weakness and building a support network is hugely important.’