From passion to SME: how to make the transition 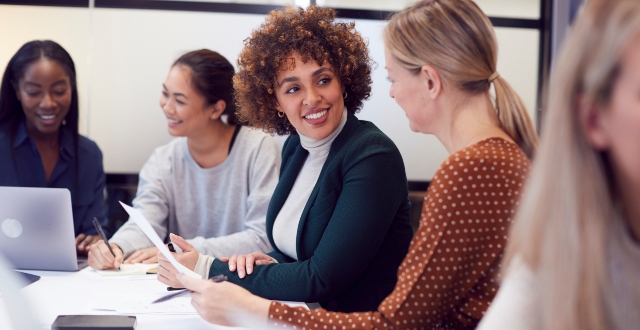 Around 600,000 UK businesses are started every year, many of them by people chasing lifelong passions. We speak to three entrepreneurs to find out how they successfully followed their dreams.

Be tenacious: hard work pays off

Theatre producer Oliver Mackwood remembers vividly the moment he fell in love with the stage. “I was 16, watching Bill Nighy in Blue/Orange at The National,” he says. “That’s when I realised theatre could be dangerous and exciting.” Despite his passion, he never considered a career in show business. “I didn’t want to be an actor or director, and I didn’t have an understanding of the commercial world behind the industry, so it just wasn’t an option.”

That all changed in 2011 when a friend asked for help putting on a play. Mackwood, who ran a design start-up at the time, became so involved he was asked to co-produce it. “I was hooked, that’s when I realised I could turn my passion into a career.”

Moving into theatre was no straightforward process, however. Mackwood spent the next 24 months “parking his previous life” while he researched jobs, attended seminars, read the trade press and looked for courses. His tenacity paid off when he won an apprenticeship at the Chichester Festival Theatre, supported by Sir Cameron Mackintosh – producer of smash hits like Les Misérables and Hamilton. “That’s when I jumped. I took a massive pay cut and just went for it.”

Two years later he left Chichester to start Oliver Mackwood Productions. “I was nervous, but I’d worked on small businesses before and was careful not to be too insular in my approach. I read books like The Lean Startup and joined Enterprise Nation. I’d advise anyone starting out to look across different industries; there’s usually another sector that has already tackled the challenges you’re facing and which might have the solution you need.”

As for when times get tough: “You’ve got to keep your initial optimism and energy going all the time,” says Mackwood, who now produces plays for the West End and internationally. “You’re building something new so you’re going to make mistakes, just don’t forget why you started.”

Be realistic: is your passion scalable?

A chance encounter at 17 opened entrepreneur Rosie Ginday’s eyes to the plight of homelessness. “I began speaking to a homeless guy. He’d been to uni but dropped out after his mum passed away in a house fire,” says Ginday, who founded social enterprise Miss Macaroon in 2011. “I realised that if my mum was my only family and I lost her, I’d probably end up in the same situation.”

It was experiences like these, and the impact the care system had on a young relative, that fuelled Ginday’s passion for helping young care leavers and people struggling with employment. “I wanted to help in a way that was sustainable, I wanted to make a difference to people’s lives.”

So in 2007 Ginday went to university to study professional cookery before finding work as a pastry chef. She loved cooking and formed a plan: to open a mail-order food business that trained disenfranchised young people to bake, while building workplace skills.

“I started off with £500 of personal funds but was still working full-time,” she says. “So I negotiated my hours to have Tuesday and Wednesday off, and persuaded University College Birmingham to provide me with kitchen space to develop recipes. I then ran three pilot programmes with care leavers, which helped develop the Macaroons that Make a Difference training programme.”

“Surround yourself with people who believe in what you’re doing – not necessarily those who share your passion or work in the same field”Rosie Ginday, founder, Miss Macaroon

Despite her success (Ginday was recently awarded an MBE for services to young people), there have been difficult moments along the way, and she has the following advice for start-ups: “Surround yourself with people who believe in what you’re doing – not necessarily those who share your passion or work in the same field.”

It’s important to be realistic too; Ginday believes you should think carefully about how you can scale a hobby into a business while keeping your passion alive. “If your hobby is baking, unless you want to create a lifestyle business, it’s going to be difficult to make that a large business,” she says. “It has to be a true passion to work.”

Be passionate: don’t forget to have fun

For Hazel Reynolds, her love of card games started early. “I have very fond memories of playing card games on holiday and when camping with my family,” says the journalist-turned-entrepreneur. “The card games knock-out whist and our own house rules version of rummy were favourites.”

It was this passion that inspired Reynolds to create her first game, Randomise, in 2014. “I came up with the game to lure my 12-year-old sister away from her iPad and help us reconnect. I’ve always loved playing games myself, and I wanted to share that passion to bring me closer to her.”

The game was a hit and Reynolds began to wonder if she could make Randomise commercially. But it wasn’t until a year later, spurred on by her sister and husband, that she left journalism and launched a crowdfunding campaign on Kickstarter. “I was planning to try out running a business for four months and see how it went. I was fully prepared to have to look for another job in January, but things just kept going well.”

Randomise went on to become a bestseller on Amazon the following Christmas, and Reynolds’ start-up, Gamely Games, has grown to a team of four. The entrepreneur believes it’s her passion for creating games that bring people together, combined with a steadfast focus on “doing good things” that gives her the edge in pitching and doing business. “In every area of our business we start with what’s good and what’s fun, and this often leads to a wide and surprising range of business benefits,” she says.

As for other would-be entrepreneurs hoping to make the leap: “I believe it’s said that 80% of your success will come from 20% of your actions – so spend more time identifying and prioritising these high-value actions,” advises Reynolds.

And, of course, don’t forget to have fun: “Most of my best ideas appear when I’m nowhere near the office, walking on the beach or swimming in the sea.”