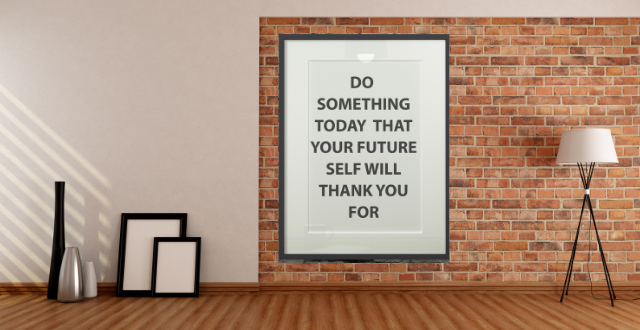 Feeling flat of late? Lacking your usual get-up-and-go? Many of us may be feeling a lag in energy and motivation following major challenges and upheavals. The good news though is that although individual motivations can be complex, behavioural researchers agree that many broader aspects of general motivation – or lack of – have a neurological basis, and that even a few small changes in behaviour can help to influence levels.

The key chemicals are the neurotransmitters, which carry messages in the brain and regulate our behaviour – from risk-reward processing to areas of influence such as reinforcement and memory, and functions such as decision-making.

Research by Vanderbilt University scientists1 isolated dopamine in particular to be a key neurotransmitter involved in almost every aspect of motivation. The amygdala, a part of the brain that lies deep within the limbic system, has also been shown to play a part – its function to direct incoming information to the prefrontal cortex in order to be able to process it, allowing us then to either respond to or ignore it. High-stress emotional states such as frustration, fear or boredom block this flow of information, making it harder for us to process information and ultimately to motivate ourselves to action.

So, the next time you find yourself in a slump, try energising your life with these four simple motivation hacks to increase your resilience and give your brain a helping hand.

One of the most common misconceptions around motivation is that it comes before starting a new behaviour or activity, not afterward. However, the actual cause of motivation is often action itself – getting started will naturally produce momentum that will, in turn, raise motivation further. As such, getting started can be the most powerful way to then want to keep going. The key is to make it easy to start.

‘Many people think they lack motivation when what they really lack is clarity. It is not always obvious when and where to take action,’ says James Clear, author of Atomic Habits. This lack of clarity can lead to frustration that can raise the stress response, depressing the amygdala’s ability to respond positively.

Scheduling tasks automates the decisions – something that research shows makes it more likely that you will follow through regardless of your actual level of motivation. A study in the British Journal of Health Psychology, for example, found that 91 per cent of people who planned their intention to exercise by writing down when and where they would exercise each week ended up following through. Meanwhile, people who read motivational material about exercise, but did not plan when and where they would exercise, showed no increase. The key is to stop waiting for motivation to strike and set a schedule for your habits that will help you to initiate your behaviour – in turn having a positive rolling effect on motivation levels as you see yourself following through on a consistent basis.

This is an effective way to create the ‘dopamine environment’, engendering positive reinforcement in your brain every time you complete a step or meet a challenge – known as ‘frequent recognition feedback’. In this way, the anticipation of rewards becomes kinetic, powered by the good feelings of the dopamine release.

Neurologist Judy Willis recommends ‘rewiring’ a brain that lacks motivation through setting goals by desirability and suitability to be broken down into clear segments. ‘This way, you can chart your goal progress as you achieve each stepwise challenge. The pleasure burst of intrinsic motivation that will accompany your recognition of each progressive increment achieved in the goal pathway will keep your brain motivated to persevere.’

Use micro-deadlines within these segments to stay on track if your motivation is really low, and focus on one task at a time in order to meet it fully and spark the dopamine boost. Finally, take regular breaks in the day to focus on the feeling you’ll have when your project or task is complete. Research by a team at the University of Michigan found that result-driven focus was a powerful motivation for people to complete their work.

In a challenging situation, the brain reacts differently depending on the information you feed into it. Research suggests that when your brain's fight/flight response is activated, saying to yourself a statement that begins with ‘I am’ (e.g. ‘I am angry’ or ‘I'm frustrated’) is more likely to perpetuate the heightened emotional response.

This is because the phrase ‘I am’ makes a statement about your identity, which implies the permanence of that emotion. Research shows that shifting your self-talk to understand the emotion as something you feel instead (saying ‘I feel’ rather than ‘I am’) can result in blood flow away from the fight/flight centre and toward the prefrontal cortex (PFC). This allows you to respond rather than ‘freeze psychologically’, so to speak.

When you are not in a stress response though, saying ‘I am motivated’ regularly can help to train your brain to accept it as a part of yourself, reinforcing the behaviour at a powerful identity level. Effective language is also important in how you understand work itself in terms of your motivation. In The Now Habit, author Neil Fiore suggests that procrastination comes not from the nature of the work, but from our relationship with it. Work that we have to do in order to get something we want is ripe for procrastination – instead if we train our brains by emphasising that we choose to work on a task or project, poor motivation becomes a much less likely outcome.

4. PAY ATTENTION TO THE GOLDILOCKS RULE

To hit the sweet spot of motivation, Clear recommends paying attention to the Goldilocks Rule, which states that humans experience peak motivation when working on tasks that are right on the edge of their current abilities. As psychologist Gilbert Brim puts it, ‘One of the important sources of human happiness is working on tasks at a suitable level of difficulty, neither too hard nor too easy.’

In other words, try to find ‘just right’, as Goldilocks would say. If you are working on these challenges of optimal difficulty, then you will not only be motivated but also experience a boost in happiness – the dopamine rush. To re-motivate yourself in any task you need to find a way to pull it back to the border of your abilities where you feel challenged, but capable – a psychological state often referred to by athletes and performers as ‘flow’. Flow is the mental state you experience when you are so focused on the task at hand that the rest of the world fades away – in other words a state of peak motivation, where, as Clear notes, you will naturally be driven to continue the task you are working on.