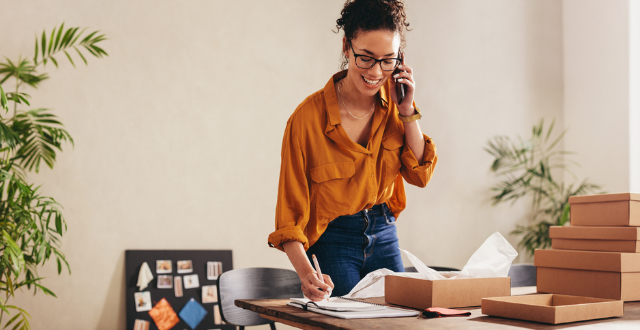 Positive press coverage is one of the easiest ways to raise awareness for your company. Best of all, it doesn’t have to cost a single penny either. One PR expert shows us how to do it…

You might have a brilliant business, but this means very little if you don’t let the rest of the world know. Spending hours firing tweets into the ether is one way of plugging your firm, but landing marketing and press coverage is much more likely to make your business fly. But how do you get your product/service into newspapers, magazines, and on TV if you don’t know anybody working there?

Until recently, this involved hiring a fancy PR firm who’d put you on an expensive monthly retainer. Now, it’s possible to raise awareness for your business all by yourself. PR Lucy Werner, founder of The Wern communications consultancy/training hub and author of <Hype Yourself: A Nonsense DIY PR Toolkit for Small Businesses> shows us how…

Lucy says: “Entrepreneurs often want to focus on how brilliant their product/service is, but the media is actually more interested in the human side: you! Consider your own personal story: if you’re a Parisian-trained marshmallow chef, let them know.

The easiest way to showcase this is on social media. Once you get into the routine of sharing the minutiae of your life – such as your favourite interiors or where you walk your dog – you’ll soon find themes or ‘story’ emerge. Remember: the most successful entrepreneurs are the ones who show a face behind the business.”

Lucy says: “Before approaching media, get some professionally-shot photos taken of yourself and your product/service. Having a landscape headshot of yourself is a great way of standing out; if print or online media use it, then you can dominate an article. Also, before you go to press, have a think about what could go wrong and prep some responses on how you’d deal with that.”

3. Find out where your audience is

Lucy says: “Think about where your potential consumers are. It’s no good only wanting to be in <Forbes> if you’re trying to reach mums more likely to be reading parenting blogs.

Start with selecting five publications/websites that your audience reads. Study them. Soon, you’ll be able to identify the sections where your business could fit.

It could be in the tech pages, or maybe an opinion slot where businesspeople comment. Ignore those entrepreneur features in the national press: you need turnovers of at least £1m for one of those.

It’s not just media. Your audience might attend specialist festivals/events or listen to podcasts. To get yourself invited on these, try engaging with organisers on LinkedIn.”

Lucy says: “My first tip? Never send out a press release in a tweet to journalists. In fact, when starting out, you don’t need press releases at all.

Instead, look at the masthead [staff list] inside the magazine/newspapers and contact journalists directly. Or find them online. If you’re trying to get onto radio, media.info has contacts for local stations.

Next, send a personalised email pitch to that journalist (never phone, unless it’s breaking news) with the following:

These websites tell you how and who to pitch to:

Lucy says: “Use social media strategically. If you want to get on the radar of event-bookers, follow them on LinkedIn and start engaging with their content. Many journalists put out requests on Twitter too. Make a note of journalists’ feeds, compiling them into a Twitter List that’ll show their tweets in a separate stream.

Beware: social media is a black hole and you don’t want to get sucked into it. Schedule social posts for outside work hours instead.”

6. Dealing with negative press and reviews

Lucy says: “Sadly, not everybody is going to like what you do. But you can turn negative press into something positive.

If your company has messed up via a manufacturing issue or something technical, put your hands up and apologise, maybe with humour. Think about KFC who responded to their chicken shortage by taking out ‘FCK, We’re Sorry’.

If it’s bad reviews, learn from the feedback. But remember, a negative review in print isn’t going to last long, but you can tactically redress the balance by getting your audience/fans to post positive reviews on Google and Facebook.”

7. Following up if you don’t hear anything

Lucy says: “If you don’t hear anything, don’t take it personally: your email could have popped up in the journalists’ inbox when he/she was on press deadline. Instead, follow up on email two or three weeks later.

If you don’t hear anything after three attempts or three months, it’s time to go back to the drawing-board and think about a different approach. This is where you could invest in some professional help, such as an hour-long one-to-one coaching session with one of the many PR freelancers. There’s never been a better – or cost-effective – time to do your own public relations.”

How PR works: a step-by-step guide

Lucy talks us through a recent campaign with Davina Tomlinson, founder of financial service Rainchq.