Tabitha Goldstaub, Founder of CogX, believes robots will change the future of business for women 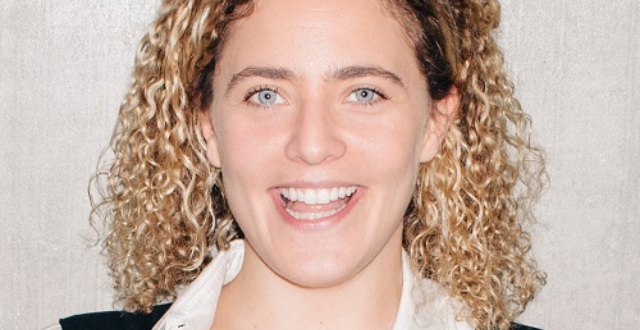 If anyone’s qualified to make such an assertion, it’s Tabitha Goldstaub. She’s made a career—and several highly successful enterprises—out of accurately predicting the next big thing in the world of technology.

We spoke with her to find out why her branch of technology so desperately needs more women.

LIKE A LOT OF WOMEN IN TECH, YOUR COLLEGE EDUCATION WASN’T IN STEM. WHAT INSPIRED YOU INTO TECH?

I did a graphic design degree and my aim was to get into advertising. But in my first year of university, they introduced Facebook to the UK, and I saw that the whole world was moving online. Because I’m very dyslexic, I was constantly as a kid looking for different ways of solving problems and alternative ways of learning. And my mother worked in fashion magazines, so it always felt very natural to think about trends and what’s coming over the horizon. In those senses, I always saw technology as an enabler rather than something scary.

TECHNOLOGY REMAINS VERY MALE-DOMINATED, BUT THE ARTIFICIAL INTELLIGENCE SECTOR HAS AN EVEN GREATER DOMINANCE OF MEN. WHY IS THAT?

There aren’t enough women in the industry for many reasons, starting from a young age girls start to disengage from maths and computer science and throughout university, women are encouraged to take less engineering-focused roles.

One example of that is when we create user personas to help us understand the different types of customers who’ll use a new tech product or service. I’ve seen how female personas are treated differently and the perceptions that exist around how men and women are going to interact with your product. At CogX, we’ve de-gendered our user personas. They’re called ‘hems’ and they have unisex names.

WHY IS IT SO IMPORTANT THAT WOMEN ARE BETTER REPRESENTED IN ROBOT TECHNOLOGY?

In AI we’re essentially training robots to understand the world by giving them information about it. If we start to give the wrong training data to a machine — data that’s biased, and says that women are not as good as men at certain jobs, for example — then we’re going to end up with machines that think that way. We’re already seeing that with Google presenting different jobs ads to different genders.

BIASED ROBOTS COULD OBVIOUSLY HAVE HUGE RAMIFICATIONS FOR THE GENDER GAP. BUT COULD ROBOT TECHNOLOGY ACTUALLY HELP CLOSE IT?

Definitely. The AI community is having to re-think economic inequality, in general, to ensure we codify robots to treat everybody in the same way, thereby eliminating bias. There are already examples of organisations using AI to HR screen. That could have a huge impact on fairness, as long as the systems are built without bias,  robot isn’t going to reward someone for being from a good school, or penalise someone from a ‘rough’ area, or decide someone’s right or wrong for the job because of their gender. Machine Learning technology has the power to be a great leveller.

YOU SIGN OFF YOUR EMAILS, “TABITHA ‘UNTIL THE BOTS TAKE OVER’ GOLDSTAUB”. IS THAT TONGUE-IN-CHEEK OR ARE YOU GENUINELY CONCERNED FOR THE FUTURE OF YOUR JOB?

I’m always looking at how I could be automated out of a job. The simple fact is that in many situations, machines make better decisions than we do: 94% of road traffic accidents are human mistakes; 50% of surgeries will be machine-aided within a year’s time.

The thing I see in the future that will change everything is voice-enabled machines. There’ll come a point where I won’t have to log into YouTube to see how many video views we had overnight — I’ll just be asking my robot assistant for the information.

This actually presents a huge opportunity for women. As more and more work becomes automated, there’ll be a huge premium on strong communication, problem-solving and critical thinking — all human skills women are naturally inclined towards. Empathy will become increasingly important too. Machines have objectives and are trained to get there; they’re not going to ask — or care — how your weekend was, so those caring skills are going to matter more and more.

WHAT SHOULD WE BE DOING TO FUTURE-PROOF OUR CAREERS IN VIEW OF YOUR PREDICTIONS?

If you’re worried that your job might become automated, look for ways you can work with technology rather than against it. One thing I’ve noticed is that I don’t always give clear enough instructions when I’m talking to my Alexa. There’s a lesson there in giving clearer, more precise instructions, so that’s something I’m swotting up on.

ONE THING THAT REMAINS CONSTANT IN THE MIDST OF ALL THESE TECHNOLOGICAL ADVANCES IS THE IMPORTANCE OF A STRONG NETWORK. WOULD YOU AGREE?

Absolutely—I would be nothing without my network. Luckily it comes quite naturally to me and I love bringing people together in ways that can make magic. My top tip for anyone walking into that room is to think about how they can help other people, rather than who can help them the most. That approach is much more likely to win you friends. However, if you are reaching out to someone for their help, my advice is to be specific about what you need. I’m inundated with emails from people inviting me out for a coffee without saying what they want. Recognise that the person receiving that invite has to triage how important it is to accept, and you can’t prioritise a coffee, so it’ll inevitably fall to the bottom of the list.

WHAT’S YOUR ADVICE TO ANYONE INSPIRED TO MOVE INTO ARTIFICIAL INTELLIGENCE AFTER READING THIS?

If you’re already in the tech world — a computer scientist, tech academic or data handler — it’s easy to educate yourself. For really good AI training opportunities look at Pivigo and ASI. The General Assembly also has courses, and for distance learning try Coursera. If you’re not in the tech world, you can still get involved. Every company these days seems to have an AI networking group or a team focused on AI. Hunt them down and get involved in an extracurricular way. And if there isn’t a group in your company yet, start one!