‘It’s a personal and career crossroads’: why women over 40 can be formidable entrepreneurs with the right guidance and support 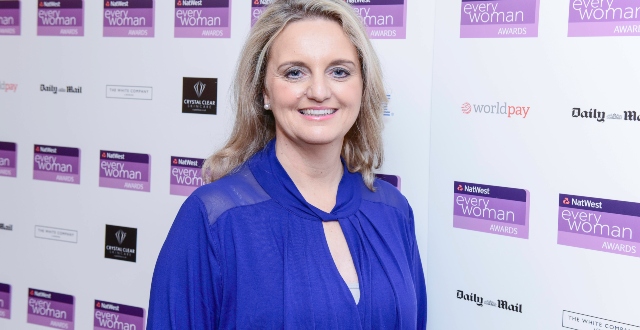 A NatWest everywoman Award winner in 2015, founder of Simply Bows & Chair Covers, Sarah Pittendrigh cites her win as a pivotal moment in her entrepreneurial journey. The confidence boost she received from winning inspired her to ‘pay it forward’ and help support other entrepreneurs — in particular those aged 40+ approaching personal and career crossroads. We talked to her about the power of female allyship and why her Formidable Over Forty coaching programme is her passion.

What was your own entrepreneurial journey?

I set up Simply Bows and Chair Covers in 2008 having been a director of a corporate events company that was forced to close in the recession. I had been left bankrupt and I found myself on income support as a single mum, with my house about to be repossessed. Working in events, one of the gaps I’d identified was around being able to hire beautiful chair decor and table linen for corporate events and weddings. So, one night, I sat at my dining room table and bashed out a business plan; soon after I applied to a local government fund which offered me funding to get my business started — and that was it. I saved my house and built a good business in a short space of time, and just three years in, I wrote a franchise model. Nine years later we now have 10 offices in the UK.

What did winning the everywoman award in 2015 mean to you?

It was an astounding recognition. The period of time spent building and growing my business between 2008 and 2015 was all about trauma for me: trying save the house, supporting my son, trying to make ends meet, trying to find enough cash to allow the business to grow. I tried to get people to believe in the brand, and all the time I was dealing with extreme anxiety and imposter syndrome on the back of losing a previous business. So, to get an endorsement from everywoman to say, ‘We believe in you and we think you’ve done a great job,’ was a real, much-needed confidence boost.

What prompted you to set up your own business coaching and supporting entrepreneurs?

I officially launched The Formidable Over Forty programme last March, but I’ve been informally coaching since 2015. On the back of me winning the award, people started to come to me for mentoring and support, and with a mantra that was often the same; they were women in their forties finding themselves at a crossroads; they had put themselves as a low priority in their own lives behind family and business, and started to lose their direction and goals. Women in business in this age group are often perceived as being very strong and aloof; the assumption can be that ‘they don’t need any help’, but actually, they often don’t have choice, they’ve just had to get on with it. I often think most would delight in someone saying, ‘how are you? instead of constantly having to facilitate the needs of others, whether it’s their business, staff, customers, family, parents and children. Their identity has become diluted on the journey and they need a powerful, punchy, positive mindset reset.

Would you call yourself an entrepreneurial coach or a mentor?

The two cross over for me, because when a strong businesswoman comes to me, she often doesn’t like to say has any sort of weakness or issues, as it shows vulnerability. The women I talk to tend to tell me their business is at a crossroads or stagnating, and then as the conversation opens up, I ask the leading question, ‘How are you?’ Then we often find out that it’s actually the individual who feels at the crossroads. So, I’m mentoring them in some ways, but that requires entrepreneurial flair because the two are intrinsically linked. The female founder is the foundation of their business — so if their foundation isn’t solid then you can guarantee that their business foundation isn’t solid either.

Your coaching focuses on returning women to being a priority in their own lives; how do you do that?

My coaching style is called the ‘I can’ method, because when I was trying to set up Simply Bows & Chair Covers I seemed to spend a lot of time saying, ‘I can’t do this’. I had to reignite my creativity, identify all the blocks and feelings that I had and ignite my motivation so I could get clear on my decision making. Female entrepreneurs need to understand where they are now, why they’re in that position and where they want to be and when. It’s all about getting them to start thinking about themselves because it could be that they are only now at a place  — perhaps their children are getting older and leaving home —  they have the space to start thinking about themselves, or they might be 20 years in with a stable business, but the question is, is it really performing or just getting by? That is also a reflection of them. We look at creating a meaningful action plan around where they are and where they want to be; we can’t buy time I tell them, so we need to be making the most of it and making sure that whatever they do actually adds value to their life.

Do you have a mentor or a coach yourself?

I have a coach who is a female entrepreneur and she’s helping me grow my online presence for my coaching program, which is something new to me. I needed to draw on the expertise of somebody who’s been there and done it and it’s so important to keep growing; it doesn’t matter what stage of your career you’re at, there’s always something to learn and someone to learn it from.

What is the best way to support an entrepreneur and what do they really need?

They need space and time to think because they can get lost in the detail. I’m not here to tell anyone how to run their business; there’s absolutely no need, they know how to run a business, that is not the problem. They need to take time out, reflect, regroup, reconnect and measure where they are now against where they intended to be when they set the business up, and understand where they want to be in the future. Then they need to bridge the gap. The Formidable Over Forty programme is a six-week mindset reset, because I’m working with entrepreneurs and they don’t have much time — they usually want instant results.

What is unique about female entrepreneurs over 40?

I think the over-40 female entrepreneur can find herself at a crossroads because women of that age bracket have so many things to face; menopause, adult children who may be starting to leave home, elderly parents, a business they’ve thrown their heart and soul into, and for what? So, it’s a time of reclaiming back purpose, either by saying, ‘I’ve got time now and I’m going to take my business to the next level,’ or, ‘Actually I want more time for myself now and I’m going to learn to delegate.’ And if it’s an exit they’re looking for, answering the question: How are they going to fill that time?

What crucial piece of advice would you give to a 40+ entrepreneur?

Have a clear vision of where you want your future to be. Don’t wait until you get to the crossroads to start planning, have your journey planned already — mapped and ready to go when you need it.

Return to In Conversation with...