Women’s networking: making it work for you - Brought to you by NatWest 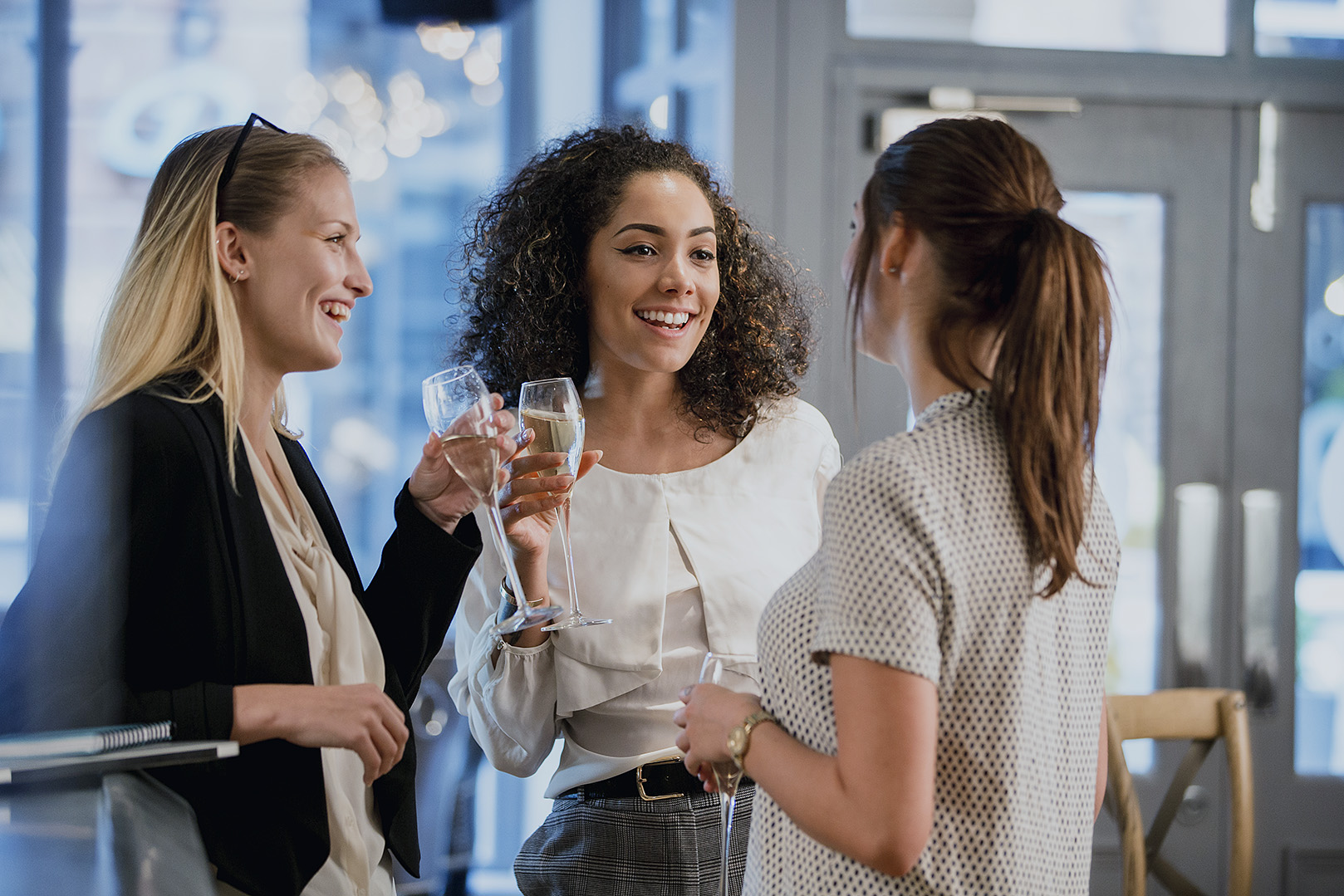 Whether you run your own business or want to excel as an employee, women’s networking groups can offer a supportive environment to make new contacts and share advice and inspiration. We look at how to get the most out of them.

There are so many business networking groups in the UK that you may be left wondering where to focus your efforts – and as a woman in business, one of the key choices is whether to pick a women’s group. It’s clear from the proliferation of such groups that many women like them – but what are the benefits?

Many women’s networking groups offer a friendly, relatively informal environment. Swansea Women’s Soiree, run by Helen Bowden, is one example. The group meets once a month for a meal, with the opportunity to pass business cards and to hear a couple of short presentations about members’ businesses.

“We don’t aim to make it prescriptive or too regimental,” says Bowden. “Many women find networking difficult, especially if their business is new or they’re just heading back to work. We aim to engage them gradually and be all-embracing so that they come back and bring their friends.”

Trudy Simmons, who runs the Hampshire Women’s Business Facebook group, has similar aims. Her group has nearly a thousand members, and attendance for its networking events has grown from four members to around 45 in a year.

“Part of the reason for its growth is that the events are run informally,” she says. “In my experience, women feel more comfortable to speak, be themselves and be vulnerable when it’s in a group of caring friends – and that is what we become.”

Women’s networking groups are often designed to fit around the other commitments women may be juggling, such as raising a family, which can make early-morning networking meetings an unrealistic prospect.

“I set up Another Mother to support ambitious women who are dealing with the self-doubt of running a business,” says Julie Morgan, founder of women’s networking group Another Mother. “It creates a safe space where women can genuinely connect about the issues of building a business and raising a family. Mums in business have unique challenges, and our sessions allow them to be vulnerable and open up about their fears, worries and insecurities.”

What will I get out of it?

Women’s networking groups are about far more than passing out business cards. Here are some of the key benefits:

Confidence: Many women credit all-woman networking with building their confidence in areas such as making presentations and selling themselves.

“A lot of women are like mice when they first come – they don’t want to speak – yet after they’ve been coming for a while there’s no stopping them,” says Tanya Lynch, founder of South Wales networking group Business Women Connect.

Inspiration: Lynch adds that these women go on to become role models for those who are still in the early days of running their businesses. “It’s great to be able to highlight their successes – their stories are magical and they inspire the younger generation.”Morgan agrees that inspiration is one of the major benefits of such groups. “Our members often walk away clear-headed, inspired, spurred into action and with new ideas,” she says.

“Our experience is that people with strong networks find out about new roles from their peers first and are better placed to apply for, and get, new roles”

“We set up Brighton Digital Women to flip the trend of male-dominated digital marketing networking events on its head,” she says. “We noticed that people tend to get new roles through who they know. The fact some women may avoid male-dominated events because they feel alienated means they’re disadvantaged when it comes to growing their network. Our experience is that people with strong networks find out about new roles from their peers first and are better placed to apply for, and get, new roles.

“Our events are not, however, women only; we want to include men in our events and our cause.”

Support: “Our members have told us they feel supported, motivated, encouraged and protected,” says Trudy Simmons. “They feel like they can be open to new ideas, open to be upset about something that has happened, open to be supported, and celebrated for all the wins, big and small.”

Lynch agrees: “We can be frustrated, stressed and financially tested, and we’re able to talk about that. We all need a trustworthy environment where we can be ourselves.”

Making it work for you

Keen to get the most out of women’s business networking? Here are five tips to boost your success.

“If you can, get hold of the guest list and find out who you might like to talk to and why – it could help your business and will help break the ice. Hook up with them on social media,” says Annie Brooks, one of the directors of London-based women’s networking group Sister Snog. “I like to do the softer things before the event, such as follow them on Twitter, and then once I’ve met them I invite them to link up on LinkedIn. Perhaps send them a ‘looking forward to seeing you’ message on Twitter – it will make them feel valued even before you’ve met.”

“If you walk in the door thinking you’re going to get business you’ll probably be mistaken,” says Brooks. “People buy from people they like. We need to build relationships with others so that they know, like and trust us before they will consider doing business with us.”

Press consultant Marina Gask, who is a member of Sister Snog, adds that when making a new connection, you should look beyond immediate usefulness.

“If you meet someone you like but there doesn’t appear to be an immediate business opportunity, you can still learn so much from each other and your connections may prove mutually beneficial, so stay connected. When you’re networking don’t think, ‘Is she useful to me?’ think, ‘Do I like her?” The connections where there’s a common bond often prove the most fruitful in the long run.”

“Don’t be afraid to introduce yourself and be open and interested in who you meet,” says Lisa Agasee, founder of Coterie, an invitation-only network of around 350 professional women. “Ask questions and see if you have common ground or ways that you could help each other or collaborate in business. Have up-to-date business cards with you. And follow up the next day with anyone who you connected with.”