Anne Wallace of Taylor's Fish and Chips: You'll only regret the things you don't do 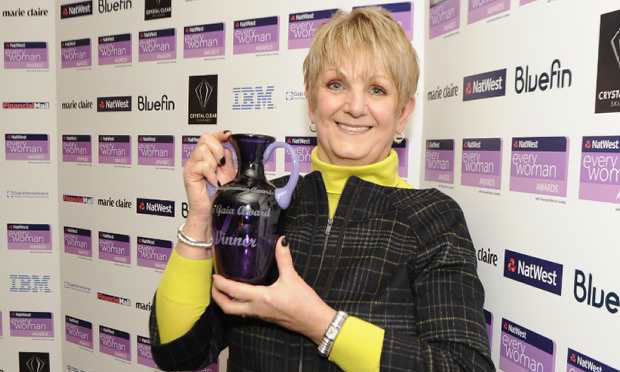 I have never really had a proper job - I left school at 16 without any qualifications and went straight in to working for my parents in a fish shop in Manchester. I married and had 2 daughters by which time we had moved into fish and chips. I worked with the family until 1995 when my Dad died and I was suddenly thrown into running a business. For the first time at 45 I had to start running a business, had to get my head around all the PAYE & VAT. I realised this was a lot of work very little return, so we decided to sell up and take early retirement - however when we tried to sell the shop it was impossible.The only option was to shut the door and walk away, leaving 5 local people out of work and another empty shop in a run down area

But then the staff asked if they could run the shop for us. We trained all the staff in every aspect of the business and this gave us the opportunity to take our heads out of the fryer and work on the business instead of in it. We partnered  with the local college, working with young people delivering Apprenticeships and NVQs, which was quite unique for our sector and size.

The business was doing well but we couldn’t afford to advertise so we entered awards instead.

We entered over 20 National and local awards, including National Training awards and Fish and Chip Shop of the Year. Every time we won an award we got some coverage in the paper -  this press resulted in us doubling our turnover in twelve months, our business was finally booming.

I entered the NatWest everywoman award in its first year and was runner up in the Hera award in 2003. In 2011 I returned to the awards and was the winner of the Hestia Award.

We have been described as a traditional fish and chip shop on a tatty sixty’s council precinct. When the recession hit in 2008, our precinct was closing one business at a time. We realised to survive we had to invest in the community to keep our beloved precinct alive. We decided to take over one of the empty units and open a coffee shop as a social enterprise, reinvesting the profits into training and learning. We have recently opened another coffee shop in the town centre in partnership with a housing association. We now have 4 thriving businesses and the icing on the cake was being honoured with an OBE from Prince Charles in 2013 for services to adult and community learning.

Anne was the 2013 Winner of the Natwest everywoman in 2011. To find out how you can enter this year's awards, head to the everywoman website.